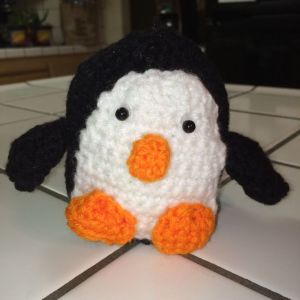 Oswald the Penguin came to stay on our tree today.  Oswald is originally from the Antarctica, but he has always dreamed about traveling the world. Since he has wings, but can’t fly, he decided to get his pilot’s license and flew himself here today in his very own floatplane.  He likes to tell people he flies around, but they never believe him because he’s a penguin and penguins can’t fly.

Before he dreamed of flying, he was an Olympic class swimmer in freestyle.  He wanted to compete in the other events (breast stroke, butterfly and back stroke), but his flippers wouldn’t cooperate.  However, in freestyle, he smoked the competition.  He was all set to take part in the summer Olympics when disaster struck – he had to withdraw because of a bad flipper injury.  That was a huge blow, as you can imagine, because he had trained his whole life for the chance at Olympic gold.

After he pulled himself together, as I mentioned, he worked hard to get his pilot’s license and see the world.  He’s been everywhere you can imagine and heard about the Wall Tree, so he decided to fly out to meet all the residents.  Henrietta and the Three Chicks are plying him with pie and the rest of the birds with the exception of Douglas and 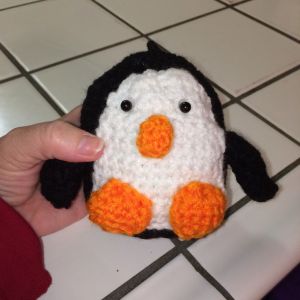 Olivia are excited to go up in Oswald’s plane.  (Douglas and Olivia get motion sickness).

Oswald is crocheted with black, white and orange wool with black beads for eyes.  I found the pattern on Ravelry.  Oswald is quite large (compared to the other birds) as you can tell from the picture with my hand and the picture of the Wall Tree. 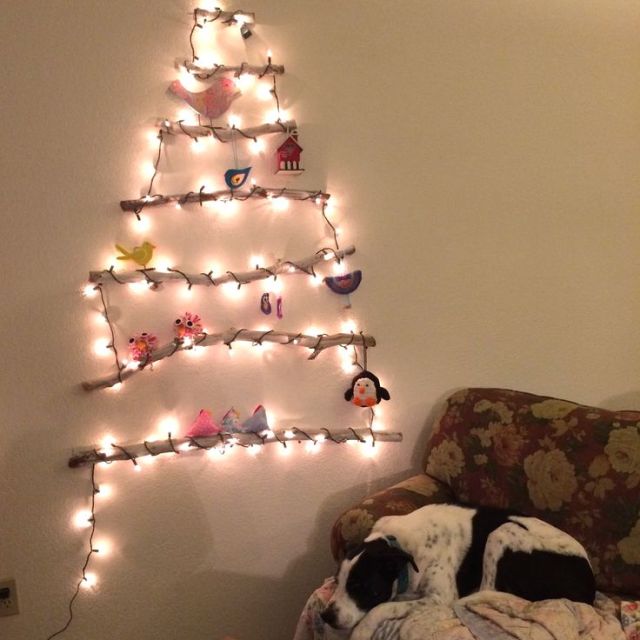 Woody really likes Oswald.  I think it’s because they have the same color coats. 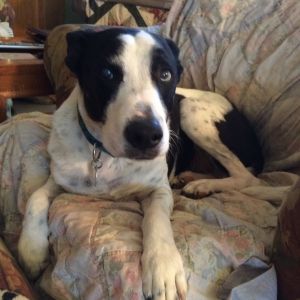 I didn’t know birds came in the same color as me.  That’s awesome!