You’ve probably noticed the lack of Pinterest365 posts, but never fear, my friends, I will catch up tomorrow with FOUR, yes count them, 4 Pinterest pins.  I’ve been working on projects, but running out of time to write the posts.  Then we’ll be back on track. 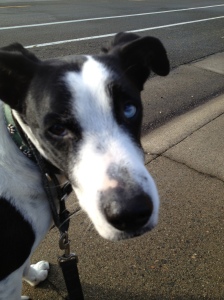 “You really are a sucker for cuteness.  Which explains why you brought me home, but why did you get Ellie?”